Pet parents of furry pets often wonder about preventing their pets from flea and tick infections. If you are a cat parent, you must surely have heard about Cheristin for cats. Tried Cheristin flea treatment for cats yet? Flea and tick infection is one of the worst nightmares for every cat and cat parent. Their bites can make cats very uncomfortable and cause cats to scratch themselves very badly that sometimes leading to a loss in fur, skin, and even bleeding from that surface.

How to know if cats have fleas?

There are different symptoms through which one can get an idea if the cat is suffering from fleas. It’s better to use a flea and tick comb to hunt for fleas and black specks of “flea dirt” (droppings). These are generally found at the bottom of a cat’s spine, on the cat’s back, and the abdomen. Here are a few symptoms that might be noticeable if a cat is suffering from fleas infection.

Is Flea Treatment Safe For Cats?

There are different methods available in the marketplace that are safer to use for cats to get rid of fleas infection. One just needs to make sure that the flea treatment one choose is particularly for cats and that the perfect dosage should be provided as per your cat’s weight. Thus, it is a very good idea to consult with the veterinarian once before providing it to cats to get an exact idea of whether it is safe to be used for cats as per their health condition or is undergoing any other medications for cats.

The Food & Drug Administration and the Environmental Protection Agency handle flea products by conducting examinations of a product’s protection for pets, animals, people in contact with the animal, along with the surroundings. These are the two main agencies that must endorse flea products before they get marketed or even sold in the marketplace.

Are Flea Collars Safe For Cats?

Flea & Tick collars are the main reason to deliver off chemicals that either repulse fleas or destroy them even before they bite your cat and make them suffer from such harmful pain. While it is safe for many cats. There are possibilities that some cats might get allergic to the chemicals used in flea collars which is normal for any flea treatment or medication. Thus, it is a good option to consult with a veterinarian once before using it on cats as their therapy treatment.

Other than flea collars, there are several topical treatments are also available to get rid of fleas and tick infections in cats.

What is the best Topical Cat Flea Treatment?

Cheristin for cats is considered one of the most effective flea treatments that start showing positive results within 12 hours of applying it.

What is Cheristin flea treatment for cats?

Cheristin flea treatment for cats is a topical flea remedy resolution that is formulated particularly for destroying all adult fleas in cats. The name Cheristin is also known for its chemical drug name Spinetoram. As per the manufacturer’s procedures, a single dose begins eradicating adult fleas within 30 minutes of using it for your feline pets. As per study and cheristin for cats reviews acquired, approximately 98-100% of fleas start eradicating within 12 hours of the period this medication is operated.

How does Cheristin’s flea treatment work on cats?

Cheristin is formulated to function with two separate chemical transmitters in insects. It is highly influential against, GABA and acetylcholine. Acetylcholine is primarily accountable for the functioning of the nervous system along with muscle activity.

Whereas, GABA operates as an inner transmitter where it corresponds to the capability of neurons to acquire, develop and communicate that chemical details to other neurons. Studies and research demonstrate that this remedy offers adequate results in killing fleas for up to 6 weeks. Thus this topical monthly application of the topical solution is highly advised for flea therapy.

What is the prescribed dosage of Spinetoram?

Cheristin is manufactured in a remarkable size that is appropriate to be applied to every pet based on age, size, and health. The suggested dosage directed to provide your cats is solely one vial even for cats weighing more than 20lb.

The technique to spread it on your cat’s skin is to push down the lid of the applicator vial until a “click” sound is attended that demonstrates the vial is perforated and now the cap needs to be released. It needs to be spread to the fur over a spot at the neck where the cat may not be able to lick or even touch it. Try shrinking the tube instantly 2-3 times on the skin until the product is not properly squeezed out.

Cheristin for cats is a highly recommended flea treatment that helps in protecting your pet from any flea infection or diseases. You can get it easily from Kwik Pets. We also serve all the pet products from the highest quality brands at affordable prices.

What is Cheristin for cats?

Cheristin flea treatment for cats is a topical flea remedy solution that is constructed especially for obliterating all adult fleas in cats. Around 98-100% of fleas begin destroyed within 12 hours of applying this medication.

Does Cheristin flea treatment have any side effects?

Cheristin flea treatment for cats is only suggested to apply only on cats or kittens whose age is above 8 weeks of age and who must have a weight of more than 1.8lb. This flea treatment should not be swallowed or consumed by cats. Some rare side effects that may be detected after using Cheristin are itching and redness in the location where it is applied and sometimes hair loss.

What type of parasites does Cheristin kill?

Cheristin is developed particularly for destroying adult fleas. Its active ingredient, spinetoram, begins destroying fleas in just 30 minutes and abides adequate for up to 6 weeks to preserve your cat rescued from fleas, although the monthly application is instructed to get better results.

How do you approach keyword research? 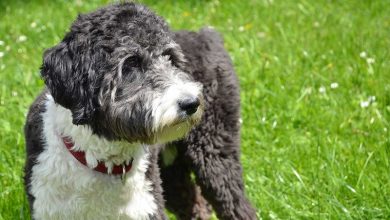 Reason Why Should Buy the Aussiedooles Puppies 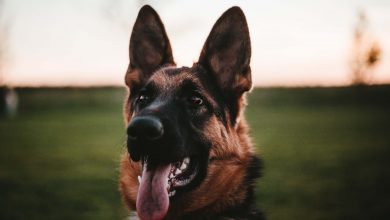 Why Toys are Important for your Bengal cat 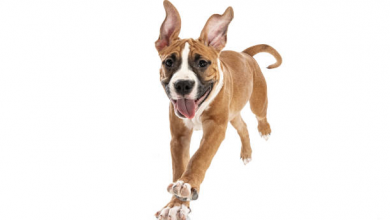