Old coins can become dirty, grimy, and corroded over time. It has been shared for cash to be left in pockets, purses, drawers, banks, hands, dirt, and gutters for decades. Those years of activity and action are bound to accumulate grime over time.

To restore your precious coins to their original glory, it is natural to want to remove all that caked-on dirt and corrosion. In order to clean old coins without damaging them, you must know how to do so. If you have old silver coins, pennies, or any other type of coin, there are specific ways to clean them.

What is a coin?

A coin is a type of flat, round piece of metal (or alloy) with an imprinted design on one side. These coins started out in 600BC when the Lydians invented coins made of electrum, a mixture of gold and silver. The Chinese were also known for coining pressed metals around that same time period.

After that, many different countries began making their own coins which led to there being several different types and sizes of coins each carrying its own specific weight or value based on the materials it was made from such as gold, silver, bronze etc. Some of them are listed below:

Nickel coin is made out of the non-precious metal nickel and is often used in combination with other metals when creating coins that are passed down from one generation to another.

Copper coins are made of copper. It has been widely used throughout history because it is widespread and cheap; therefore, it can be manufactured in mass quantities which led to its popularity.

Brass (or bronze) is composed primarily of the copper-zinc alloy together with traces of other metallic elements like aluminum or manganese.

Silver Coins are considered more valuable than clad composition based on their higher silver content; however, due to inflation this is not always the case. Silver coins are known for their more valuable market price which makes it easier to liquidate your money (sell them). For example; if you were to invest in 100 silver coins, then sell some of them off, instead of getting face value you would get a lot more by selling them on the open market.

Gold coins are made of real gold and therefore they are worth more than nearly any other type of coin. In fact, gold is considered to be one of the most liquid assets because it has been used as currency for thousands of years and still continues to be desired by many individuals due to its rarity and durability. However, even though gold is the highest priced metal when it comes to coins, it is not the only material that can be used.

Platinum coins are made of an extremely rare and highly valuable metal which is often more expensive than gold itself! Due to its high price tag, platinum is considered more of a luxury good.

Mixed metals are usually composed of two or more types of non-precious metals such as copper, aluminum & nickel alloy. This mixture tends to oxidize when exposed to air which will change the color from silver grey to silver/black over time. This means your coin collection could literally become worthless due to tarnished value.

While these metals can be found in many homes all over the world, pure metals such as gold and silver (and others such as platinum and palladium) are usually only available to coin collectors because they can be mixed with other metals to dilute them back down into a less precious form.

The composition of coins plays an important role in determining the value of their worth; it also describes how much (or how little) of a particular metal is used to make up the total weight of the coin. Sometimes, even having a small amount added or diluted can change the price drastically. For this reason, it is important not only look at current mintages but also know which types of metals each composition consists of before making your purchase.

How to clean the dirty coins?

To clean the coins there are some steps given below:

Read More: How to wash a wool blanket? What are the best methods to wash the wool at home?

How to clean the dirty tarnished coins at home?

People collect coins for many reasons. Some are interested in the rarity of certain types, some appreciate the workmanship that went into making them, and others may have inherited collections from parents or family members. Whatever the reason is collecting coins can be very expensive. Here are some tips by which tarnished coins will look as if they came straight out of the bank.

Using your tongs, place the coins carefully in the container. Pour the white vinegar over them. It is better to dip for long time.

Once you’re done soaking the coins, pour out the remaining vinegar into another container and keep for later use. If there is any dirt left on your coins after this step, use a toothbrush dipped in baking soda water (baking soda mixed with warm water) to brush it away. Always rinse them off thoroughly afterwards.

Here’s the most crucial step in making your tarnished coins look shiny again. Use tongs or gloves to hold them carefully and put them on a soft, cotton towel. Leave for about half an hour to allow them to air dry.

Ways to prevent your coins from becoming tarnished

Store your coin collection properly by using plastic or vinyl flips. Make sure you don’t touch the surface of the coin directly, always use gloves if possible. Keep your coins out of reach of small children, as they might try to taste or chew on them.

How much long will the coin remain clean?

The coin will remain clean as long you take care of it.

Is it a good idea to clean the old coins?

Actually no. you might be damage the coin during the cleaning. So, cleaning old coins is not good idea.

Houseki No Kuni Season 2: Storyline, Cast, Release Date, and All Other Info 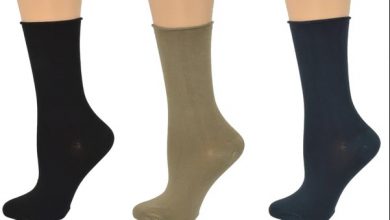