Harina De Almendra is a soft, flour-like product made from 100% ground almonds. If you’re familiar with living a gluten-free lifestyle, you’re probably familiar with almond flour or harina de almendra. Because almond flour is one of the most popular nut flours that is widely used as an alternative to wheat flour, it provides moist, soft, and delicious baked goods.

Almond flour is not only a naturally gluten-free and grain-free ingredient, but it is also low-carb and high-protein, making it a healthy alternative for those with celiac disease or those who are following a gluten-free diet.

Almond flour and almond meal are basically made from the same ingredient (almond flour), but there are some important differences between the two.

Almond Flour is usually made from blanched (peeled) raw almonds into soft, fine-grained flour.  The color of the flour is lighter and the texture is also softer.

Almond flour is usually made from un-branched (with skin on) almonds to coarser flour. It is usually dark in color due to the remaining skin. Almond flour has a grainy texture and is often used in baked goods.

It really depends on the recipe and the desired end result. If you’re baking a light, fluffy cake, use almond flour, as it has a softer, lighter texture.

Almond flour is often used in biscuits, cookies, cakes, quick bread and many other delicacies and savories and they taste excellent with almond flour.

How does it taste?

If you’re buying a quality brand of almond flour then it must taste like almonds as they will not be mixing any other item with it.

Nutritional Profile In addition to being naturally gluten and grain-free,

Almond Flour has an impressive nutritional profile high in fiber, protein, and healthy fats and low in digestible carbohydrates and sugars. It has many potential health benefits. Considered low on the glycemic index scale, it is often used in paleo diets, keto dishes, and diabetic recipes.

Almond flour is high in fat, which helps keep baked goods soft and moist. For this reason, almond flour proves to be an ideal ingredient for cookies, cakes, and simple bread.

Almond flour is an excellent substitute for bread crumbs.

Almond meal or almond meal in a 1: 1 ratio can be used in place of the bread crumbs, depending on the amount needed and usage in cooking.

There are a few things to keep in mind about almond flour baked goods in general.

Given below is a recipe of almond flour that is most loved by all.

This gluten-free, sugar-free, paleo, and vegan cookie recipe is the easiest to make ever. It only requires 6 ingredients, a bowl, and 30 minutes (from start to finish). Melt and cool.

Where can I find good 3D rendering services in Los Angeles? 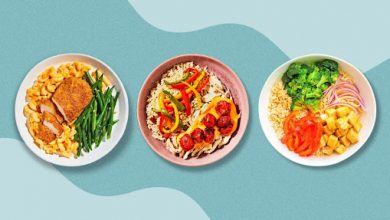 Try These 7 Delectable Meal Kits in 2023 The Benefits of Soybean Oil: Why You Should Use It More Often 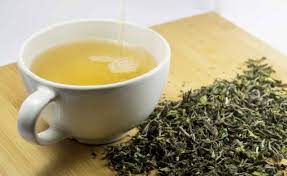 What are the Benefits of Darjeeling Tea?