You can obtain a Danish passport, participate in legislative elections, and establish permanent residency in the nation if you are a citizen. The Danish Immigration Office has long offered excellent options for those who want immigration to Denmark.

The citizenship standards in Denmark are among the most stringent in the world. The Social Democratic government collaborated with the Liberal (Venstre), Conservatives, and Liberal Alliance on a new. more stringent accord regarding citizenship rights in April 2021.

There are 6 Types Mentioned Below:

Assurance of Loyalty to and Allegiance to Denmark

Declaring your commitment and loyalty to Denmark and Danish society is a requirement for obtaining Danish citizenship through naturalization. You must also promise to uphold Danish legislation, including the constitution, as well as the core ideals and guiding rules of Danish democracy.

You need to have resided in Denmark for a certain amount of time and have a permit for permanent residence for at least two years at the time of application (see below).

If you are registered at a Danish address (where you reside) in the national civil registry, you are considered to be a resident of Denmark.

Certain applicants are exempt from one or both of the aforementioned requirements, including Nordic citizens, former Danish citizens, people of Danish ancestry, members of the Danish minority in Southern Schleswig, Germany, applicants who are residing abroad because their spouse works for Danish interests, and applicants who were born to a Danish mother between 1961 and 1978 and who could have obtained Danish citizenship had their mother applied for it between 1979 and 1981.

How Do I Become A Citizen of Denmark?

You can Become A Citizen of Denmark by Doing any of the Following:

One of the top Denmark immigration consultants is Credas Migrations. They are the most reputable PR Denmark Visa Consultants in Dubai and provide services for permanent residence visas for people wishing to immigrate to Denmark.

While it is simple to travel to, work in, study in, and live in Denmark, getting Danish citizenship is a different story. Denmark does not play games when it comes to citizenship.

How to Start a Baby Equipment Rental Business

What are the best search engines? Qwant vs Google, Brave vs Edge 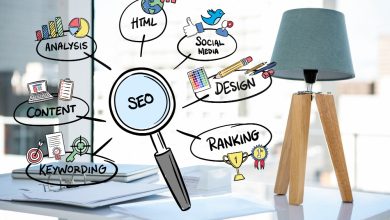